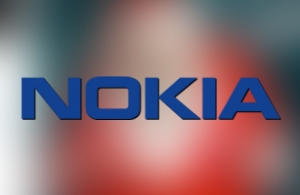 In Christmas of  2011, Wunderman Athens advertising company came up with another idea for a Nokia Facebook contest, through Nokia fan page in Facebook. This time the prize, was a cell phone of user's choice between Ν700 and Ν701.

Due to Christmas time, Santa was the figure chosen for the contest.  The desing and development of the facebook application for the contest was, once again, assigned to intros.gr, who develped a flash application.  Users had to accept the terms and conditions of the contest. Then, they had to choose the image of the cell phone they desire, drag it and drop it in the Santa's sack. If the sack opened then the user would win the cell phone he chose, if not the user was free to retry again and again.

Just before the check of Santa's sack, the application was sending a message from "NokiaSanta" to the user, asking him to invite his friends to participate in the contest, and share the message through his facebook page.

It is quite understandable, that facebook applications, give Fan Pages a greater publicity and more rapid share-ability, increasing the target group of potential customers and potential sales.

Even if this application was developed for a known brand as Nokia, in intros.gr, we believe that neither the design and development nor the cost of such Facebook Applications, should be an obstacle in any company's growth.

So, do not hesitate to contact us for any idea you might have! We are here to help you!

In intros.gr, we have the knowledge, the experience and the technology to provice our customers attractive and effective solutions!